Following a week of speculation surrounding cryptocurrencies, Bitcoin suffered a flash crash over the weekend, plummeting nearly 14% in less than an hour, from approximately US $59,000 to $51,000, on Saturday night until recovering.

Other common cryptocurrencies, such as ethereum and Dogecoin, have experienced precipitous declines before recouping a portion of their losses.

Bitcoin's value has soared this year as it gained mainstream recognition, however the sudden price drop this weekend appears to have been caused by an unconfirmed Twitter report that the US Treasury was preparing to crack down on cryptocurrency-related money laundering schemes.

A request for comment from the department was not immediately returned. 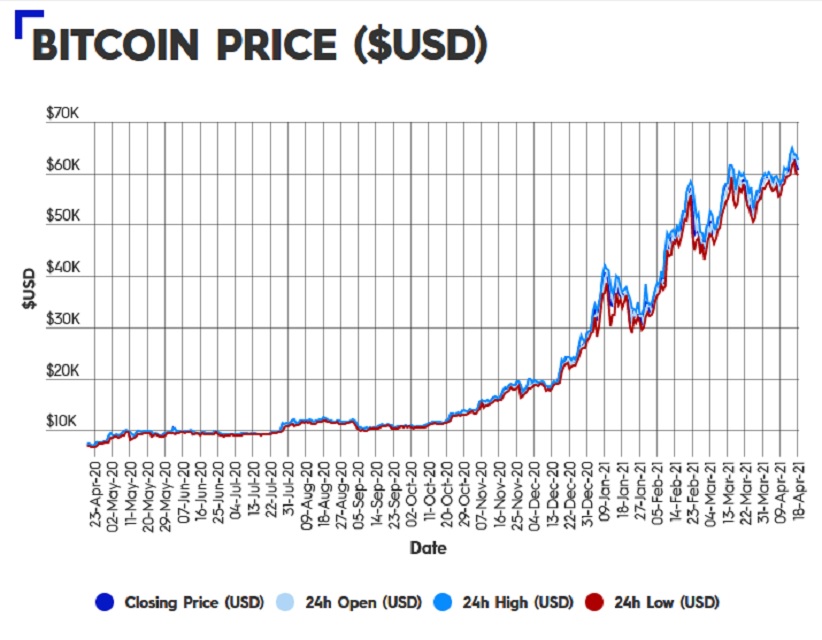 Last week, crypto excitement appeared to peak with the public offering of trading platform Coinbase at a valuation of $86 billion, followed by a crazy 500 percent rally in Dogecoin — a cryptocurrency founded in 2013 as a joke.

Supporters of cryptocurrency have spent years claiming that bitcoin, ethereum, and other digital coins have the potential to revolutionize the world of finance, and with the success of Coinbase's Wall Street debut last Wednesday, those supporters have finally gotten their moment.

Tesla has begun taking bitcoin payments for its vehicles and now owns some of the digital currency.

PayPal, Mastercard, and Visa are all attempting to streamline crypto payments on their respective networks.

Meanwhile, Goldman Sachs is currently preparing to give its private wealth management clients avenues to invest in bitcoin and other digital currencies, and Morgan Stanley recently revealed that it would provide access to bitcoin funds to its wealthy clients.