Involvement in regional conflicts such as the Azerbaijan-Armenia dispute has whipped up nationalist fervor and eroded space for advocates of peace and democracy.

ISTANBUL — A car procession packed with men waving Azerbaijan's flag, hanging and whistling drove through Istanbul's Kumkapi town, home to Istanbul's Armenian Patriarchate and several Armenian families. The car rally on Sept. 28 was a taunt, a challenge that filled my nation, Turkey's tiny Armenian community—60,000 out of 83 million — with dread.

After decades of suitable ceasefire, the dispute over Nagorno-Karabakh status — a breakaway Armenian enclave in Azerbaijan — between Azerbaijan and Armenia resumed last month, leading to massive military deployment, devastation of civilian centers and thousands of casualties.

Turkey actively supports Azerbaijan in this battle, with whom it shares ethnic ties, and President Recep Tayyip Erdogan rejected global demands for cease-fire. With defense technology, drones and propaganda machinery, he helped Azerbaijan.

This policy is in line with the decision of Mr. Erdogan's government to raise our country's military presence abroad — Syria, Libya, and the eastern Mediterranean — to strengthen Turkey's regional power role.

But there is also a strong connection between the willingness of the Turkish government to delve into crises abroad and closing political room at home.

I have seen and observed this myself, as an Armenian from Turkey and as a member of the Turkish Parliament, representing the overwhelmingly Kurdish region of Diyarbakir from the People's Democratic Party or the H.D.P., putting together Kurds, liberals, environmentalists, women and minorities in contrast to the Justice and Democracy Party of Mr Erdogan or the A.K.P.

Turkey 's participation in ethnic wars has whipped nationalistic fervor, eroded room for supporters of peace and stability, and deepened a feeling of insecurity and precariousness among minority communities.

Over the past few weeks, government-controlled Turkish television networks and pro-government daily newspapers have adopted a hypernationalist language, portraying Armenia as the enemy, giddily broadcasting and publishing photographs of Armenian targets destroyed by Turkish drones. A month or so ago, the Turkish government fought with Greece and Cyprus over energy supplies in the eastern Mediterranean. Greece was the enemy for weeks.

I denounced Turkey's warmongering in the Nagorno-Karabakh dispute on Twitter on Sept. 27, claiming that Ankara should avoid pouring fuel on the burn, as there would be no winners in a war and the Armenian and Azeri people will lose. I urged my countrymen to "do what we can for a cease-fire."

Since my country 's authoritarian turn, my history and political leanings are enough to make me a victim. On Oct. 5, the nationalist Eurasia Institute of Strategic Affairs published a full-page advertisement in support of Azerbaijan in Sabah, a newspaper with links to the Erdogan family. It was signed by A.K.P. former and present Turkish Parliament members.

The Sabah commercial accused me of being pro-Armenian and of committing treason, calling on the Turkish judiciary and parliament to "fulfill their task." In the new Turkish political climate, it sounded like an appeal to revoke my immunity — parliamentarians in Turkey have immunity from arrest — so that I can be tried for my peacenik stance. But I lodged an advertisers legal action and proceeded to campaign for peace in the caucuses.

As an Armenian from Turkey and a descendant of genocide survivors, I know this message very well. In 2007, a celebrated and vocal Istanbul Armenian journalist who edited the Agos newspaper was assassinated by a Turkish nationalist in a parallel time of heightened nationalism. Mr. Dink once characterized Turkey's Armenian minority as "living a dove's trepidation."

Turkey's darkness continues to widen every day. In recent weeks, hundreds of my H.D.P. colleagues, including Ayhan Bilgen, Kars' elected mayor, on the Armenian border, have been arrested on trumped-up accusations of extremism, allegedly for organising street demonstrations around the country in 2014. The demonstrations were a reaction to the government's nonchalance against the Islamic State's blockade of the Syrian Kurdish town of Kobani. 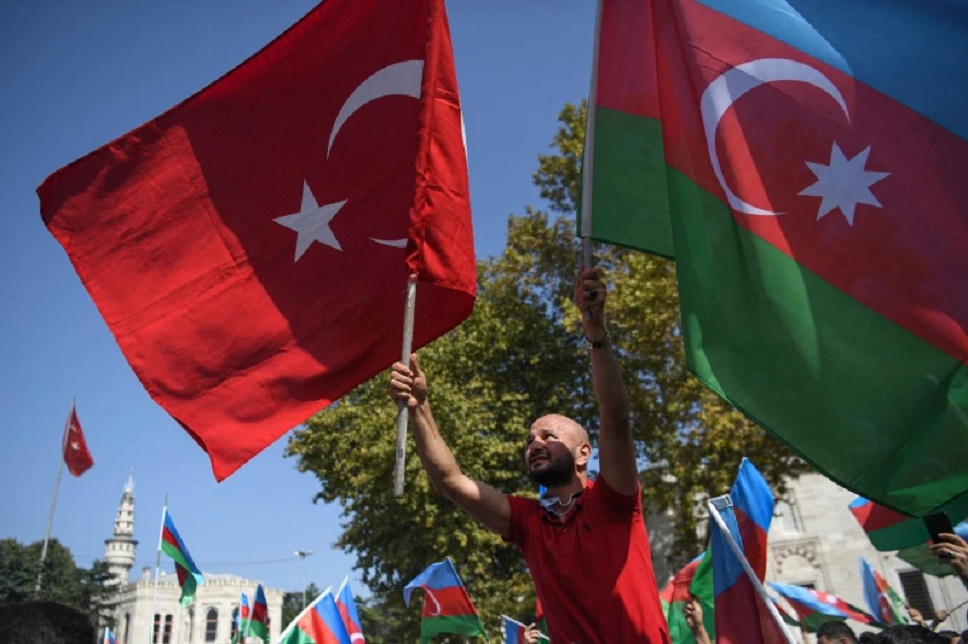 Seven H.D.P. parliamentarians, including me, are accused in an accusation of "attempting to overturn the constitutional order," and a lawyer is planning to petition Parliament to revoke our immunity, which would allow the police to arrest us. This was done to Selahattin Demirtas, a former H.D.P. co-chairman, and thousands of other H.D.P. representatives and officials in prison. It's not hard to see that the political aim here is to paralyze our party, Turkey's third-largest, and undermine the opposition.

Despite recent attacks, thousands of people calling, writing and collecting signatures expressing support for me inspired me. The other day, someone sweeping the streets yelled at me, "My deputy, if they take you somewhere one day and you can't see us, remember we're here."

You may wonder why we're all fighting for democracy here. Stuff in Turkey weren't quite so grim. Turkey was a reasonably promising democracy a decade earlier, on the road to EU membership and pushing for international peace. It invented "zero neighbor issues" scheme, and at one point we were also close to normalizing relations with Armenia.

We formed H.D.P. in 2012 in that optimistic time. Our goal was to help the Kurds' peace process and incorporate a pluralist presence in our country's stifling political scene. I entered Parliament in 2015, a century after the Armenian genocide killed my grandparents. My dream was to help create a democracy powerful enough and expansive enough for Turks, Kurds, Armenians, Alevis, minorities and women to live as decent people without fear.

I longed for Turkish-Armenian unification. When I met Armenians on my trips abroad, I argued that this battle for Turkey's heart and soul was necessary, because only a democratic Turkey could confront its past — and only then would our communal healing begin.

But since 2015, Turkey took a turn toward authoritarianism, and today our fundamental human liberties are on hold. President Erdogan, once a proponent of reforms led by the European Union and a peace process with the Kurds, established a one-man rule over the past decade, stepped away from democracy and entered an alliance with hard-right Turkish nationalists. More militarism followed.

Militant nationalism and authoritarianism can not solve or help the region's domestic problems. A safer alternative for my country would always be to pursue regional stability and establish safer neighborly relations. Turkey must urge Armenia and Azerbaijan to return to peace talks and promote permanent resolution of the conflict between Nagorno-Karabakh.

Russia, a security deal with Armenia and friendly ties with Azerbaijan, brokered a cease-fire between the two countries on Saturday. This illustrated Russia's position in the region, leaving Turkey out of the diplomatic game. If President Erdogan wants to be important, he should avoid inflaming tensions in the caucuses and endorse Azerbaijan-Armenia cease-fire.

But I'm not naive, and I know that only a democratic Turkey can help stabilize its region and serve as a responsible international community member. That's why I won't stay quiet in the face of challenges and continue fighting for freedom here and abroad.