after teacher beheading in Paris suburb

Nine suspects are in jail after police shot to death in a Paris suburb, a man spotted holding a knife that investigators say might have used to kill another man discovered nearby.

The suspect's shooting happened at 4 p.m. Local time on Friday in Eragny, Val d'Oise. France's Anti-Terror Prosecutor's Office reported to ABC News that it has initiated an investigation into whether the killing is connected with terrorism. 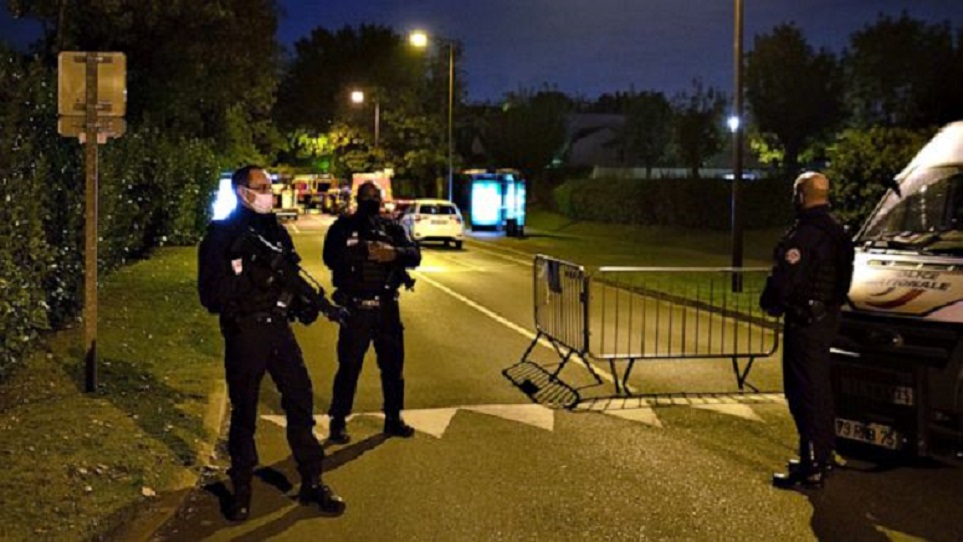 Beheaded the victim, police said. He was a male teacher at a nearby middle school, after discussing the infamous Charlie Hebdo cartoons featuring the Prophet Mohammed during a class, according to police. The lesson caused one parent's protest.

From middle school on Friday night, French President Emmanuel Macron said the teacher was the target of a "blatant Islamist terrorist attack."

"One of our fellow citizens ... was killed today for teaching, teaching students freedom of expression, freedom of opinion and not opinion," he said. "It's no accident that this evening, this terrorist killed a teacher because he tried to tear down the Republic and its ideals."

The attacker had approached students to help him locate the victim, according to police. Paty was assaulted on his way home in the immediate proximity of the school and had several wounds on his back, abdomen and upper limbs, officials said. A bloodied knife was discovered from the crime scene, police said.

Shortly after 4 p.m., national police replied. Local time Friday after body finding, police said. The man was seen running at police officers, shooting what appeared like a five-time pistol, which turned out to be a toy air gun, officials said. Three officers shot back, forcing the gunman to collapse. When struggling to stand up, the suspect sought to stab offenders who neutralized him, police said. Nine bullets struck the perpetrator, state prosecutor Jean-Franois Ricard said at Saturday's press conference.

Authorities identified the perpetrator as a Moscow-born Chechen refugee with a French residency permit. Unknown to security agencies, officials said.

The teen took responsibility for the Twitter attack in a post that identified the victim, sharing a macabre picture of him, Ricard said. "I executed one of your hellhounds who dared to belittle Muhammad," said part of the post, authorities said. The account was suspended.

Nine people are in police detention, including four family members, said officials. The student's parent who protested about the teacher's lesson and a second man who came to middle school with him are in detention. The second man's partner was also interrogated. Two witnesses who came forward and confirmed that they were still in detention with the suspect immediately before the events. Police investigate the presence of others in detention, officials said.

"They won't separate us," he said. "They're asking for this, and we must all stand united, people."

"Tonight, the Republic is under attack with one of its servants' foul murder, a scholar," he said. "Tonight, I think of him, his family. Our solidarity and firmness are the only solutions to the monstrosity of Islamist terrorism.

"It's a very important feeling for us, our town's residents," he said. "I want a thought for this professor's family horribly murdered."

Ricard noted Saturday's previous occurrence, adding, "This violent offense is the second perpetrated since the January [2015] attack trial. ... This confirms the extremely high degree of the Islamist violent challenge we face."

Charlie Hebdo shared "horror and rebellion" over the teacher 's death in a statement published on Twitter Friday: "We share our utmost support for his family, loved ones, and all students. ... This foul act grieves our democracy but must make us more combative than ever in protecting our rights."