This is not particularly good news for Coca-Cola shareholders.

According to USA Today, the soft drink corporation's market value plummeted by $4 billion following a memorable moment in which soccer superstar Cristiano Ronaldo held up a bottle of water rather than Coca-Cola.

Coca-Cola is now valued at $238 billion. It was previously valued at $242 billion, but shares fell nearly a dollar to $55.22 this week, according to USA Today. 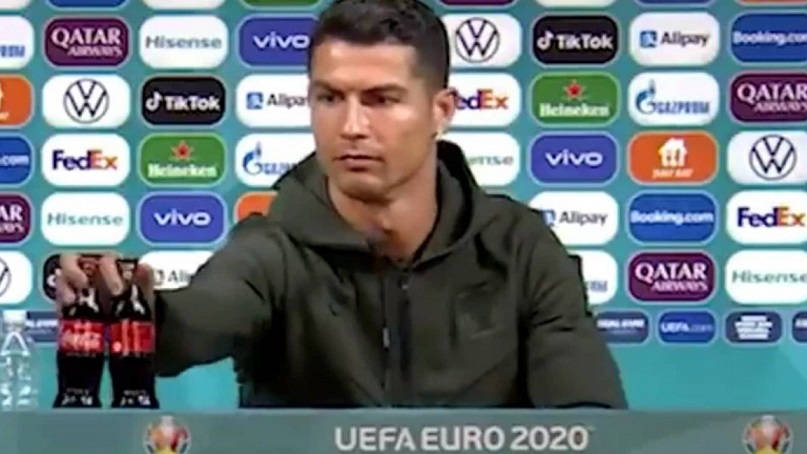 Coca-Cola is a tournament sponsor.

“At our press conferences, players are offered water in addition to Coca-Cola and Coca-Cola Zero Sugar,” a Euro 2020 representative told The Guardian.

Euro 2020 was originally scheduled for last summer but was moved to this month due to the COVID-19 pandemic.

Ronaldo, 36, scored two goals to help Portugal defeat Hungary 3-0 on Tuesday. He has now scored 11 goals in five tournament appearances, the most ever.