A recent compilation of memoirs and rarities reveals the transformation of powerhouse vocalist and songwriter into a poised, boundary-blurring pop superstar.

On the rainy mid-1990s night when Mariah Carey kissed Derek Jeter for the first time — a tentative step away from her suffocating marriage to Tommy Mottola, the music mogul who had been crucial to building her career — the singer, drenched, returned to her waiting limo and turned on the radio. What she heard was Mobb Deep's "Shook Ones Pt" "grim, scary, sexy-ass beat." II, "one of New York's all-time critical rap claims, the kind of bleak song that can drop 20 or 30 degrees in a moment.

When she returned to the palatial home she and Mottola had designed together in Bedford, N.Y., the track was stuck in her mind, Carey writes in her latest memoir, "The Essence of Mariah Carey." The next day she began working on a song based on a sample of "Shook Ones" that told her tale of romantic rogue. "The Roof (Back in Time)" is both rough and sensual — Carey cooled over a sample of Prodigy jabbing, "I got you stuck off the reality." It was a product of his era when pop, R&B and hip-hop were all beginning to mingle loosely — it would soon be the norm. 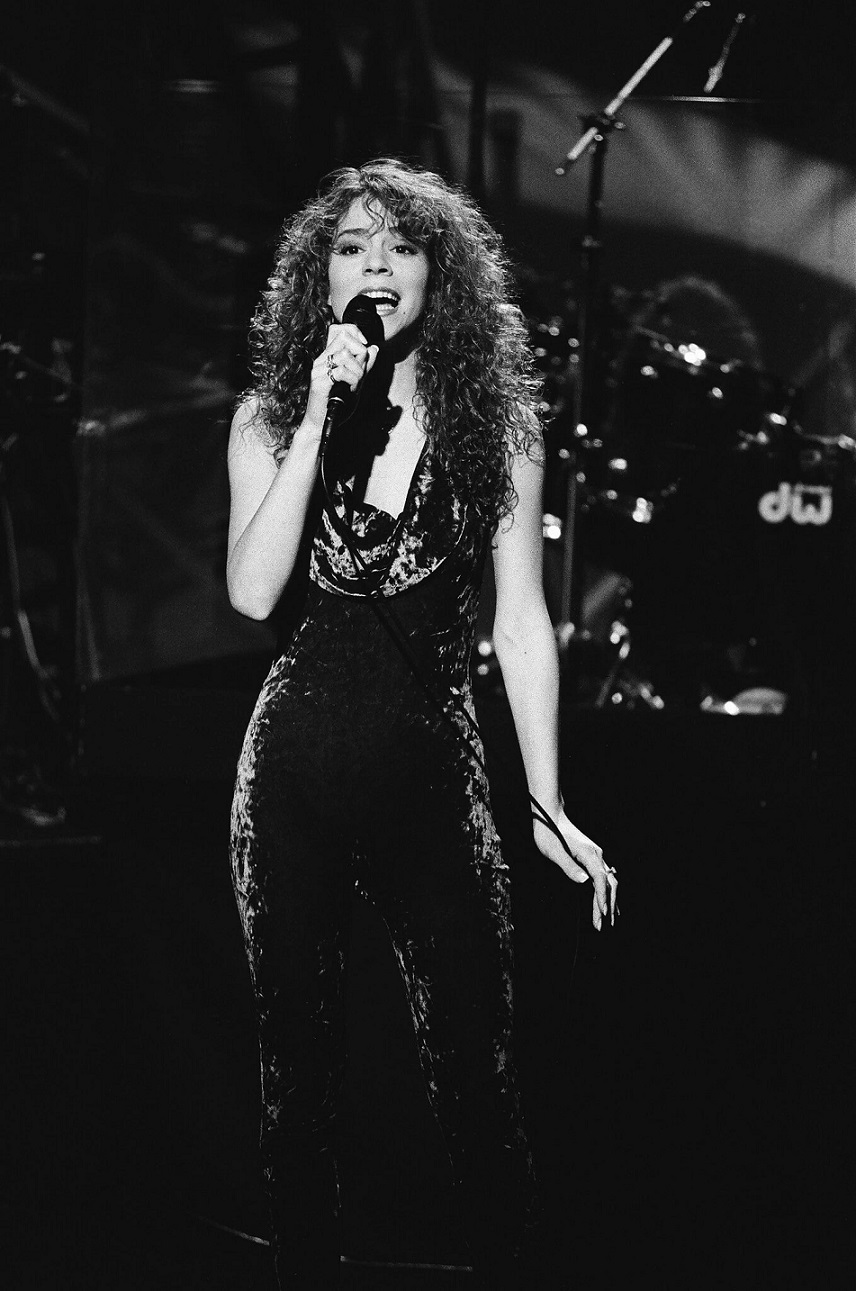 "The Roof" debuted in 1997 on Carey's fifth album, "Butterfly," a propitious moment in her life and music. Carey, the pop-soul megastar with her generation's most amazing voice (Whitney Houston was in the previous one for these purposes), deepened her ties to hip-hop just when it emerged when pop culture lingua franca. Carey 's embattled, supervised wife caught her first glimpses of romantic and sexual independence. And Carey, a Black father's daughter and a white mother who had been the object of racial taunts in her youth ("like a first kiss in reverse: each time a slice of innocence was taken from my being") and encouraged her music business partners to play down her Blackness, declared who she was loud and clear.

For Carey, all these vectors — professional, personal, romantic, artistic, ethnic, family — had intersected and sometimes overlapped, and since childhood. "Mariah Carey 's Sense" tells the tale beautifully, emotionally and unblinkingly for long stretches. It's a memoir about a driven and preternaturally talented artist concentrating on her work long before she captured the hearts and ears of the world, and also about a young woman foiled at almost every turn seeking to feel confident in her identity.

Her musical gift — the only sturdy thing — was a ray of hope as family strife wrecked her childhood. It also saw her through a tumultuous marriage to Mottola, who she said practically incarcerated her upstate home and smothered her with security guards, even as she became one of the planet 's biggest pop stars.

But while music was her retreat, it was confounding to some. "Many labels didn't get me," Carey writes of her early years pursuing a New York record contract. "My demo was then more diverse than music industry."

This caused Mottola issues. "Tommy and I were totally different, and my Black part caused him confusion," she writes. "From the moment Tommy signed me, he sought to wash the 'urban' from me."

Carey's career arc reveals this approach 's absolute deafness. Her early ballad smashes—"I Don't Wanna Cry," "Hero," "One Sweet Day"—she brought rich soul conviction that rescued them from treacle. And her generation's pop stars' forays into hip-hop were the most persuasive, the most fluid, and becoming. The remix of "Fantasy," her 1995 Ol' Dirty Bastard collaboration, was a critical turning point in pop-absorbing hip-hop. Again, romantic, artistic, and racial tension clash — Carey played Mottola 's song and, she writes, "scorched our pristine white bedroom with the grim and righteous fun I'd been craving! "Mottola hated.

When Carey started collaborating frequently with hip-hop producers like Jermaine Dupri, she made some of her career's most creatively successful music while at the top of the charts: "Always Be My Baby," "We Belong Together," "Heartbreaker," "I Know What You Want."

This is a full-circle victory for Carey, nervous about race since childhood. Her family disowned her mother for marrying a Black man. Early in the novel, Carey indicates that her older siblings resented her for her fair skin, suspecting she was passing for white. This happens in her life , leaving Carey vexed. Indeed, there's an open debate about whether Carey's Blackness is evident at all at the Giorgio Armani dinner where Carey first met Jeter (a few weeks before their try). Essential to Jeter 's attraction that night is her discovering he too has a black father and a white mother.

Carey 's writing in this book — with Michaela Angela Davis — is arresting, a little soft-bellied, decidedly human. Carey is made in her royal way as much a spiritual power as a musical prodigy — resilient, self-aware, and humorous. First sentence of the memoir—"I refuse to accept time, famously so"—is the * chef's kiss *. Many dahlings are sprinkled in. Also, Carey pointedly pulls out a "I don't know her" omission of Jennifer Lopez 's name while describing how Mottola tried to shape Lopez in Carey 's image, and blows Madonna's way a little shade: "I might imitate the famous Madonna studio technique, but with my voice alone."

How Mariah Carey's 'All I Want for Christmas Is You'

If Carey appears singular, so be it. She has virtually no competitor in terms of long-running commercial success — she has every artist's No. 1 Billboard hits except the Beatles. And if the presentation's rigor and chutzpah is stretching a lifetime of preserving strict poise in the face of horrible circumstances, that's remarkable fortitude. She recounts her first visit with an acting mentor, who asked her to imagine a comfortable place to withdraw mentally. Carey had none: "Nothing felt in nowhere. I just felt the hard floor flat against my back as I sought my own emptiness.

"Mariah Carey 's Sense" shows less later in Carey 's life it shifts. A harrowing segment around the 2001 release of "Glitter" album and film jumps from family exploitation to rehab center to corporate malfeasance and beyond, but still feels frustratingly vague. She does not mention the diagnosis of bipolar disorder she obtained at the time and released in 2018. And the book's final chapters are rushed, smashing through diva duets, Karl Lagerfeld memories, and Carey 's eight-year marriage to Nick Cannon and their twins, Moroccan and Monroe.

Carey 's focus is resolute — her music is her life's product. When needed, a protective cloak and the place she quietly revealed her dark truths for everyone to hear, even if they couldn't fully understand. (She weaves poignant lyrics throughout — songwriting is just as important to Carey as singing, even more so.)

Carey has just published "The Rarities," a compilation of previously unreleased songs dating back to 1990, echoing her memoir maps' road. Starting with the Jackson 5-esque "Here We Go Around Again," the album moves towards the kinds of slow-burn R&B ballads ("Everything Fades Away") that were crucial to her early success, before pivoting towards a more noticeable hip-hop influence in the mid-90s ("Slipping Away"). Many songs are solid, but they reinforce the story Carey has long been telling.

However, the more revealing document may be the release 's second disk: "Live at Tokyo Dome," her first Japanese concert released in 1996. Carey at the peak — at least one of the peaks — of her vocal authority and pop success. She is in a phenomenal form: "Emotions" is frisky and cheerful; her version of "I Don't Wanna Weep" retains the original's bombast while making it a little more grounded and unctuous; "Vision of Love," "Hero" and "Anytime You Need a Friend" are a one-two-three cathartic punch of force, swing and grace.

In the years after that, Carey would wriggle out of Mottola 's thumb, delve deeper into hip-hop, have her first bust (with "Glitter") and start melting under public scrutiny. Her fame remained unchanged, albeit more complicated and unpredictable. Viewed through that prism and in the light of what she shares in her memoirs, this concert appearance sounds like a valedictory of how she once did stuff, the culmination of a lifetime of singing through clenched teeth. A metamorphosis arrived.