Ms McKay suggested that Ms Berejiklian's should have reported her engagement on the pecuniary interest form of Parliament because of her interview with a Sunday newspaper in which Ms Berejiklian said she "loved" Mr Maguire and wished to marry him. Ms Berejiklian refuted these allegations. 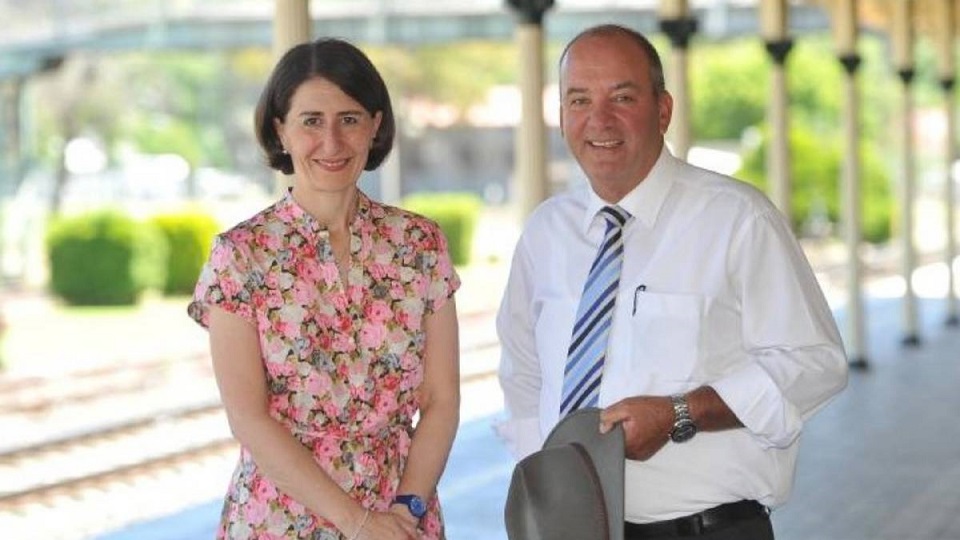 In Monday morning radio interviews, she described her relationship with Mr Maguire in less committed terms.

"He wasn't my lover, he wasn't visible. I certainly wished he'd be," Ms Berejiklian told 2 GB and told KIIS she didn't tell her parents about Mr Maguire because the relationship wasn't "going anywhere."

In reaction to the three interviews, Ms McKay said there were "so many inconsistencies in the Premier 's stories."

"I believe the ministerial code of ethics is pretty straightforward about the declaration of relationships and I believe now that the Premier said she was in love with and intending to marry Daryl Maguire, it's straightforward that she has a moral duty to report that relationship," said Mr McKay.

In her interviews on "how I felt" about her former relationship with Mr Maguire, Ms Berejiklian said it was "honest" and it was "incorrect" to say she had broken the ministerial code of ethics.

Last week, Ms Berejiklian's "near intimate friendship" with Mr Maguire was exposed at the Independent Commission Against Corruption (ICAC) inquiry.

Mr Maguire has since confessed to ICAC that he misused his public office for personal gain, saying that his friendship with Ms Berejiklian began in 2014 as best he could remember.

Ms Berejiklian was not suspected by ICAC of misconduct, claiming at a late morning COVID-19 press conference that Mr Maguire's alleged actions was "beyond comprehension."

"There's no charge of fraud against me," she said.