and How to Launch 'Legends'

If you're like me, plenty of you woken up this morning to try to update the latest Tsushima 1.1 Ghost patch that introduces Latest Game+, loadouts to, most notably, the new multiplayer Legends co-op experience.

Oh, it's not even alive, but it'll be soon, and maybe when you see it.

Ghost of Tsushima's 1.1 Legends patch will launch live at 8 AM PST, 11 AM EST, and can take an hour to live in all regions.

There are two ways to start the new Legends multiplayer mode once you install the patch (I'm not sure how large it is or how long "Copy" would take on PS4). In the main campaign, you can either speak to Gyozen or pick Legends from the main menu to jump right into it.

Bear in mind even more legends have yet to arrive, including a raid that is expected to come in a few weeks. But first, we'll see the launch of legend story missions and co-op survival missions that will allow you to rate the various classes and get new gear.

Groups as a note are:

I don't really know which of these I 'm going to do, but I'm leaning towards Ronin because of A) the beautiful looking gear and B) I mean ghost puppies. Dogs ghost!

This is a game I thought probably wouldn't have multiplayer, nor really need it, and yet all about Legends looked really cool in early previews so I'm excited to try it out today. I don't know if it's something I'll stick with in the long run, but I think we'll have to see how it works. I 'm sure I'm going to be a bit rusty since I haven't played the game myself for months since I beat it and got pretty much all on the board except flowers. I'm not really a New Game+ man, but I think the ability to save loadouts would be perfect for people who just start playing on PS5 for the first time in a few weeks.

Anyway, keep an eye out for the patch and hope it ceases copying by Saturday. Keep tuned for my Legends reflections later. 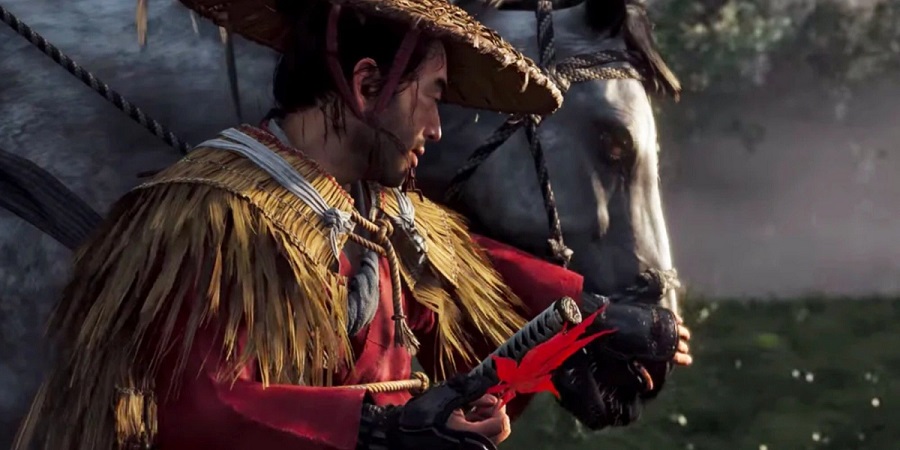 A beginner's guide to Escape Missions.

Welcome guerrillas. Tsushima Ghost: Legends, Sucker Punch 's latest cooperative multiplayer mode for today's superlative samurai epic releases as part of the game's Version 1.1 update. Standing apart from the one-player story, this online-only * experience has you as one of four legendary warriors. Create your legacy and unlock new class-specific skills, gear and armor designs as you battle alongside friends in exclusive Japanese-inspired missions.

Two distinct gameplay styles headline the mode at launch: two-player Narrative Missions, and four-player Survival Missions. We'll let you reveal yourself the former's gameplay intricacies. The latter's secrets are equally exciting to uncover on Tsushima's battlefields; this primer is designed to educate you on the fundamentals and encourage you to concentrate on building your legend.

Each Survival Mission is a challenge to protect several positions on a map for multiple rounds, repelling the numbers of ever-strengthening enemy hordes advancing in the outskirts of each map. If they keep a disputed point long enough, it's lost before you finish the next boss wave. Lose all points and end the mission.

For your first fight forays, here are seven tips:

When you chose your starting class, you need to raise your rank to unlock each of the other three. Teams can blend any class combination to use stealth, melee, to ranged attacks and gear. But you can focus on class attributes: a diverse team will meet any task. The Samurai is your frontline warrior who can attract a horde 's interest, while the bow-wielding Hunter performs well with a height advantage, avoiding shield blocks to headshots from above. Ultimate skill of the Ronin resurrects all downed party members (every class can revive a fallen ally given time, but doing so exposes you to attack). The Assassin 's ability to become invisible allows you an effective way to cause heavy damage on more disturbed enemies.

The enemy horde, you're just four. Yet every four classes has a specific Ultimate skill. Complete the Resolve meter by fighting enemies. Upon complete, activate your Ultimate by pressing L1+R1.

Ronin's regeneration skill aside, these Ultimates are crafted in a few heartbeats topple several enemies. The Shooter fires several arrows with one draw of the bow, destroying every foe in a wide arc before them. Plot the attack as hordes scatter from their spawn areas or trigger from above as enemies are crowded in a defensive point.

Samurai can bounce across several nearby opponents, their choice of targets driven by a left-stick flip, while Assassin will teleport around the battlefield and land-critical attacks. Combined, they will easily dilute horde numbers.

You can't be destroyed for the length of the Final animation.

Even when you discover the spawn points of a map, their order is randomized. Fireworks will explode over the next horde. So split the sky in battle at lulls. Use the game's Ping system – click R3 when aiming to trigger a marker on the map for your team to see – to lead your team to where they're required.

Numerous buildings, walls, even cliffs are between you and any defensive point. Yet parkour skills and a grappling hook are your instruments for flowing across roofs, swinging around courtyards, and spinning your way up near-vertical slopes. Learn the shortest path between defense points. Not only does each second count as rounds rise in intensity, but you'll also feel the fleet-footed warrior every inch as you dart through charts.

And don't think about falling. There's no fall harm in Folklore, so don't be afraid to miss cliffs (you'll need a moment to get back on your feet though).

Any missed defensive point would reduce your team's mutual health bar, dramatically lowering your odds of survival. So never consider a missed field unless the UI tells you so. You also have a chance to regain them: every fifth round is a Boss Wave, winning to reclaim power of all defensive zones.

Later rounds send dense and powerful hordes, so you need to break up to repel them. If things are desperate, don't try alone – two pairs are best.

6. Choose and use gifts carefully

Many rounds give bonus targets. They're worth doing as they'll add extra coffers to your overall Magatama, which rises as you downgrade enemies and survive each game. Where would you spend this currency? Each map contains a shrine with purchasable – armed – gifts, such as being able to ignite nearby enemies or call a spirit animal to battle with you. When a shrine is triggered, each Gift can only be obtained by one player and has a cooldown time before being obtained again. In later rounds, as horde numbers grow and strong Oni emerge, gifts will be the difference between keeping or losing a point. Don't squander them.

Whatever gameplay you play in Legends, everything adds to your XP, which in turn raises the rank of your class and unlocks new strategies and cosmetic items. If you've ended a play, make sure to dip back into your character's profile on the main menu screen to properly equip and unlock (and deck out) some fresh clothes.