Doormen Are Fired After a Brutal Attack on an Asian Woman.

One was seen on surveillance footage closing the door to the Midtown Manhattan building following the assault, while the victim, a Filipino-American woman, lay on the street outside.

The lobby staff members who shut the door to a Manhattan apartment building last week without intervening immediately after a Filipino-American woman was violently assaulted on the street outside have been shot, the building's owners announced in an email to residents on Tuesday.

Rick Mason, executive director of management at the Brodsky Company, which owns the luxury apartment building in Midtown, informed tenants of all the organization's buildings via email that two staff members who were inside the building lobby at the time violated "necessary emergency and safety protocols."

“As a result, their employment has been terminated with immediate effect,” Mr. Mason said in his email.

He did not name the workers, and a spokeswoman did not say which procedures were violated.

The attack on Vilma Kari, 65, last Monday, whose video quickly went viral, was one of a series of assaults over the last year that has increased fear and anxiety among Asian-Americans in New York and throughout the world.

The first video of Ms. Kari's assault lasted 25 seconds and ended with building staff members appearing to stand by passively as she lay on the ground wounded, with one of them moving only to shut the door.

The fact that the staff members' only apparent reaction was to stand by and do nothing contributed to the outrage that followed the video's release, which seemed to depict an episode of random, unprovoked violence punctuated by a callous, callous response.

The employee who closed the door was one of two employees terminated, along with another doorman who appeared briefly in the video. Later, a longer video of the building's workers responding to the attack was released.

The video, which lasted more than six minutes and showed both staff members standing by before responding, revealed they were most likely not present during Ms. Kari's assault but were alerted to it by a delivery person in the lobby.

Additionally, the video indicated that the attacker remained near the front of the building following the assault.

Both staff members exited the building shortly after one of them closed the door and appeared to assist Ms. Kari. According to Mr. Mason's email to locals, they even flagged down a police vehicle.

Kyle Bragg, president of 32BJ SEIU, the union that represents the workers, stressed in a statement that the employees did come to the woman's aid. He stated that both workers had the right to file lawsuits and that a contractual mechanism existed to contest their terminations.

He stated that the process had been started by the workers, whom he described only as a doorman and a concierge, and that it could take weeks or months to complete. 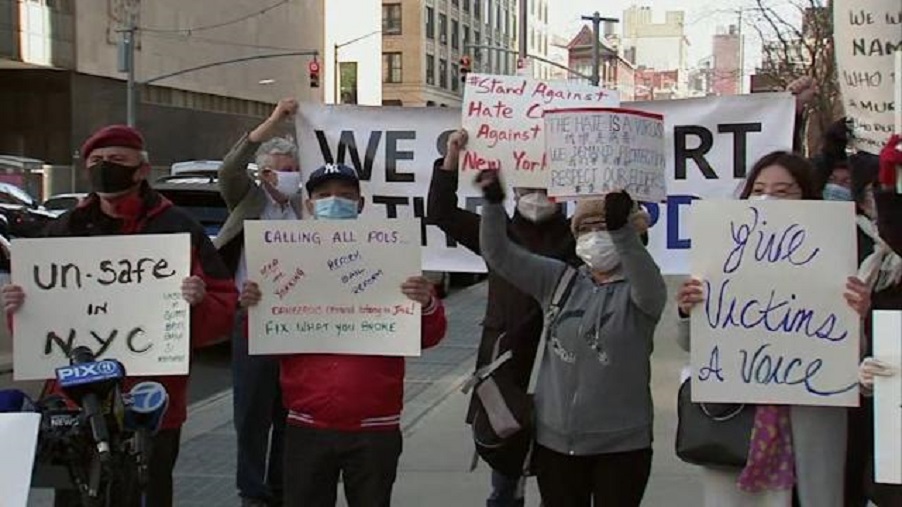 “We believe we must eradicate structural racism in all of its manifestations,” Mr. Bragg said in his speech. “We believe that all unionized employees, especially workers of color who are often subjected to unequal workplace treatment, have a right to a fair process as described in their contract.”

Mr. Mason, the Brodsky organization's executive director, stated in an email to residents that the company would retrain its building service personnel on how to respond to emergencies and would also provide instruction on "anti-bias sensitivity and upstander-bystander interventions." (An upstander is someone who intervenes in a beneficial manner, breaking up what may have been a dangerous situation.)

Brandon Elliot, 38, was arrested after the attack and charged with three counts of assault as a hate crime by the Manhattan district attorney's office. According to the criminal complaint, Mr. Elliot, who appeared to kick Ms. Kari in the chest and head on camera, singled her out as Asian and told her, "You don't belong here."