The black man fatally shot during a police raid on his North Carolina home was a suspected drug dealer, according to documents, with a 30-year criminal record of more than 180 pages.

According to a search warrant and other documents obtained by Fox News, Andrew Brown Jr. — who was shot dead last Wednesday in a car outside his Elizabeth City home — had a lengthy criminal record stretching all the way back to May 1988.

According to Fox, officers with the Albemarle Drug Task Force are "familiar with Brown and know him to be a source of supply for 'crack' cocaine, cocaine, heroin/fentanyl, and methamphetamine."

The warrant allegedly claimed that officers suspected his residence was being used to "stock, package, and distribute drugs, specifically 'crack' cocaine."

The warrant indicated that two vehicles often seen at the residence were also suspected of being used to store, traffic, and distribute illicit drugs.

According to court records, the search warrant was sought after a confidential informant said he had been purchasing drugs from Brown for more than a year. 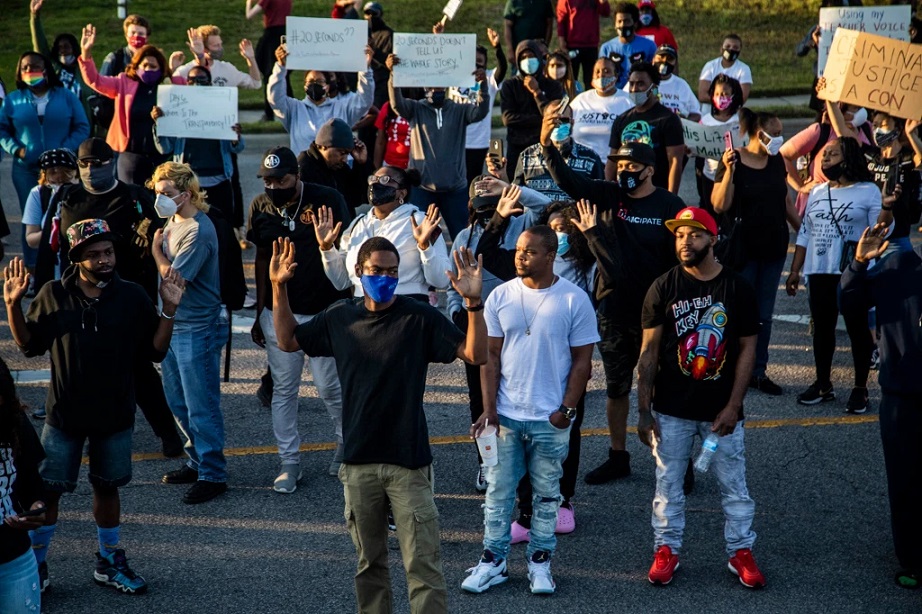 The warrant stated that the informant then made a "controlled purchase" of cocaine and later meth that was caught on video.

Ben Crump, a civil rights attorney representing the family, claimed that officials released the warrant details in order to "assassinate" Brown's character and divert attention away from what the family has described as a "execution."

“They issued a warrant assassinating his character, but Andrew Brown did not murder anyone,” Crump explained to MSNBC.

“The people who killed Andrew Brown want to shield their identity and their criminal record,” he said of the unidentified police.

“However, they want to blast Andrew Brown's criminal record out there because that is the playbook — to assassinate the character of black people after they kill us in order to say, 'They are not deserving of your consideration, America,'” he contended.

Brown's family was shown footage of his death for the first time on Monday and described the shooting as "an execution."

According to other lawyers for his relatives, the video reveals he was shot in the back of the head and had his hands on the steering wheel of his car when deputies opened fire.

Elizabeth City's mayor declared a state of emergency in anticipation of the public release of the bodycam video.

The family and their legal counsel said they saw 20 seconds of an officer’s body camera video of the fatal incident. The sheriff’s office said deputies were executing a search warrant.
Tags
USA
BLM
Protest