Intrigued by the murder of young actress France Lachapelle, assassinated in 1980 in Quebec's Saint-Jean-Baptiste district, the writer Jacques Côté offers a document-thriller on the subject: autopsy of an imperfect crime. He seeks to shed light on this contentious legal case through period papers, interviewing key individuals, including director Robert Lepage, investigators and lawyers. 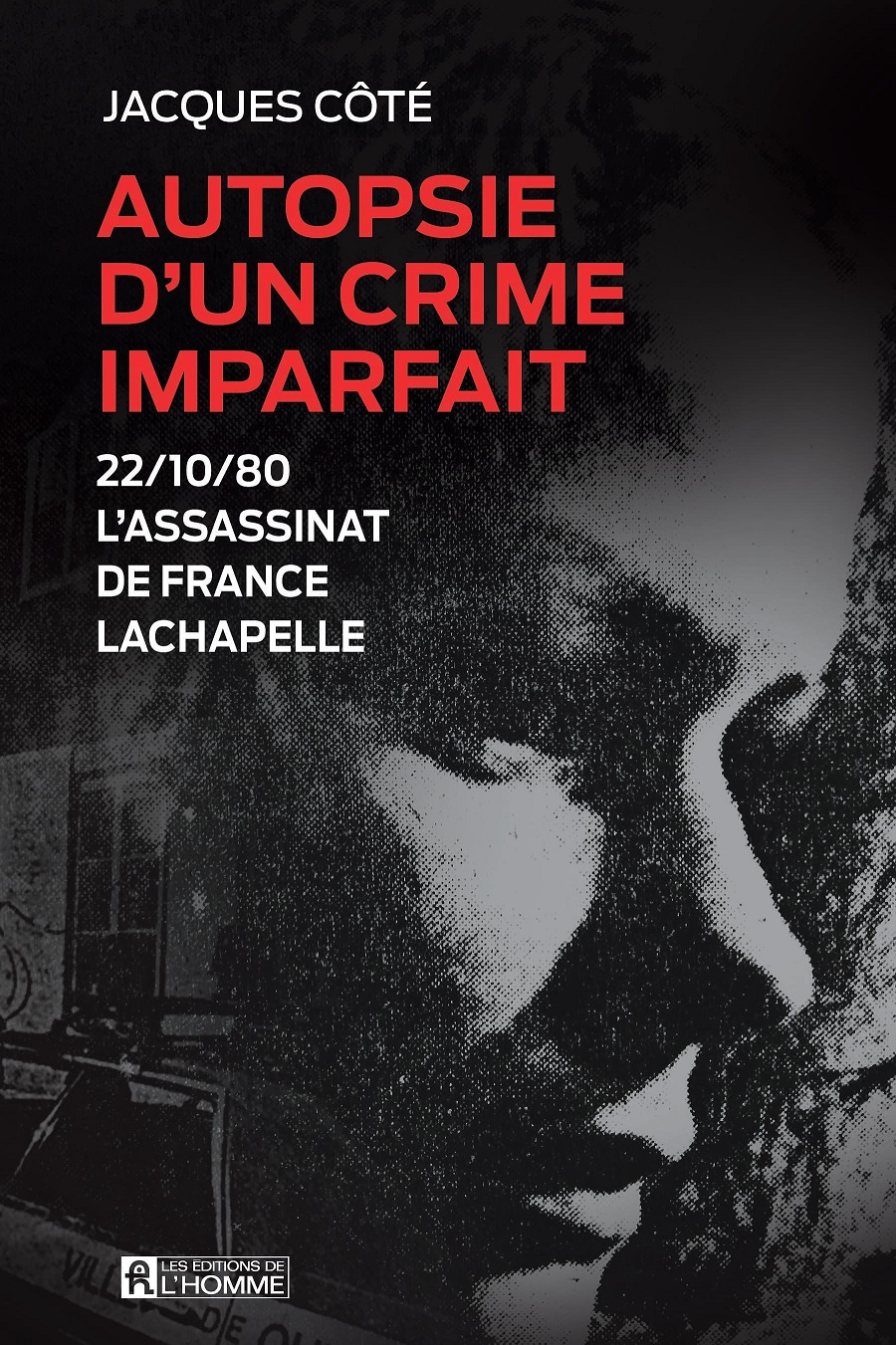 On the night of 22 October 1980, France Lachapelle was murdered in her rue de la Tourelle flat. Jacques Côté revisits the drama and review in his book.

He therefore reviews one of the time's most relevant legal proceedings. He spared no effort: interviews with Lieutenant Jacques Simoneau, actor testimony, reading thousands of pages of cited documents during two trials.

He interviewed Robert Lepage, the victim's best friend, and the last person to see her alive. Falsely accused for months and subjected to the polygraph examination, like other artists in his entourage, this experience, which gave birth to the script, disturbed the director with an international career. The polygrapher.

Jacques Côté became interested in this file after crossing paths in Quebec with one of his colleagues, Marc Vallée, a great friend of France Lachapelle.

"I didn't know it," he says. Marc Vallée read his novel Where the sun goes, and her investigators reminded her of those who investigated France's murder, her friend. "We were next to Café Krieghoff... we went in and he told me what had happened."

It took him no more to launch research, read the newspapers of the time, and decide to go to the courthouse to consult the verbatims of events. And dissecting what happened in October 1980 was time.

"France Lachapelle performed several plays. She did theatre, animation. She was a rising star in Quebec's theatrical landscape, playing in Robert Lepage's plays. October 23, it ends at night. “

"No clear evidence ties Christian Gagnon to this crime, none. Circumstantial proof exists," he says. "He may even be France's murderer......but there's doubt...but he never had a fair trial. The two trials, particularly the second, were rubbish. ”

Throughout his study, he found some heartbreaking results. "What happened here is extremely dangerous. As much as the murder in France frightened me, it's like the Gestapo judges in Berlin in the 1930s and 1940s. ”

Robert Lepage gave Côté a long interview. "The case shone a new light and gave me details I didn't have before. I held the basics that let us add something new to this legal case. ”