"And So I Stayed" examines how women who murder their abusers are treated in court. The film was instrumental in one case that resulted in acquittal following a conviction.

Tanisha Davis, a 26-year-old Rochester, New York, woman, was sentenced to 14 years in prison in 2013 for murdering her boyfriend, whom she claimed had abused her for nearly seven years, including choking, death threats, and a beating on the night he died. While the judge acknowledged that she had been a victim of domestic violence, he stated that her response did not warrant leniency. “You handled the situation completely incorrectly,” he informed her. “You could have walked away.”

Davis was released in 2021 as a result of a new law that gives survivors of domestic violence more nuanced consideration in the courts, in part due to a documentary that helped frame her case.

It is not uncommon for documentary projects to have an effect on legal proceedings once they have garnered public attention and garnered an audience. However, the film that aided Davis, "And So I Stayed," had not yet been released — in fact, it had not even been completed — when the filmmakers, Natalie Pattillo and Daniel A. Nelson, assembled a brief video for the court describing her life.

“You could see the strength of her ties to her family and the strength of the support she would receive” if she is released, one of her attorneys, Angela N. Ellis, said. When the prosecutor and judge agreed to release her in March, they both mentioned watching the footage.

Davis, 34, spoke to her now-15-year-old son every day during her eight years in prison. Now that she is at home, she explained, "I can simply call him in the next room." “I have no words to describe my joy. I constantly shed happy tears.”

It was an unexpectedly hopeful conclusion for the filmmakers to an often heartbreaking and troubling film. “And So I Stayed,” which will have its world premiere at the Brooklyn Film Festival on Saturday (and will be available online through June 13), is personal for Pattillo, who is a survivor herself and whose sister was murdered in 2010 by a boyfriend. The documentary evolved from her thesis project at Columbia Journalism School, where she met her co-director, Nelson. 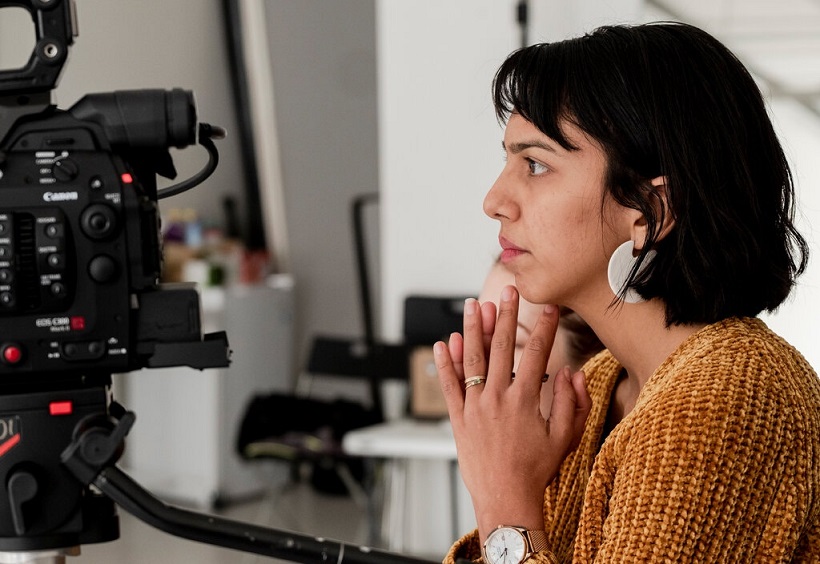 “I had no idea how prevalent it was, the seriousness of women being imprisoned for defending themselves or their children,” Pattillo explained. “Once I discovered it, I couldn't stop reporting,” she explained, in an attempt to demonstrate how misunderstood and punitive these cases are within the justice system.

Kim Dadou Brown, who served 17 years in prison for murdering her abusive boyfriend, was the film's first subject. She became an advocate, traveling to Albany to lobby New York legislators on behalf of the Domestic Violence Survivors Justice Act, the long-stalled legislation that ultimately helped free Davis. It was introduced in 2011 and finally passed in 2019, following Democrats' victory in the State Senate.

The act is one of the few in the country that provides judges with increased discretion when sentencing domestic violence victims who commit crimes against their abusers. It builds on a growing body of research-based knowledge about the patterns of abusive relationships and the unique hold they have on the people who are trapped within them.

“Leaving is the most difficult and dangerous part,” Dadou Brown explained. “I assumed that all men struck, and thus stayed with mine to determine which direction the blows would come.”

Dadou Brown, a Rochester native and former health-care worker, volunteered with survivors and traveled across the state for rallies after being paroled in 2008 — even when money was tight due to her felony status, she explained. With seventeen earrings (one for each year of her incarceration) and her signature false eyelashes, Pattillo described her as "a force." “It's a case of pure tenacity. That would be Kim.”

There was jubilation among the bill's supporters and filmmakers when it passed. However, they continued to film.

One case widely regarded as a litmus test for the act was that of Nicole Addimando, a young mother of two from Poughkeepsie, New York, who fatally shot Christopher Grover, her live-in boyfriend and the children's father, in 2017. The film includes surveillance footage from that night, when she was discovered disoriented and driving around in the early hours with her four- and two-year-old children in the back seat.

“I felt as though we failed her,” Dadou Brown, who was present at the sentencing, said.

Addimando is mostly heard in the film as a voice on the phone from prison; in one call, her mother attempts to console her by reassuring her that she is still alive and has escaped the abuse. “I am still not free,” she responds, her eyes welling up with tears.

Though there are no national statistics on women imprisoned for defending themselves against abusers, federal research indicates that approximately half of women incarcerated have experienced physical or sexual abuse in the past, the majority from romantic partners. According to Bernadine Waller, an Adelphi University scholar, black women are disproportionately victimized by intimate partner violence and the justice system: they are more likely to be murdered by a romantic partner and more likely to end up in prison.

The filmmaker's goal in bringing these stories to the screen, Nelson explained, was not to debate who pulled the trigger, but to contextualize those convicted. “The legal system compels you to create the ideal victim,” he explained, “and a prosecutor will do everything possible to characterize a survivor in such a way that they do not fit into that box.” (In Addimando's case, the judge stated that she consented to the sexual abuse "reluctantly.")

Garrard Beeney, an attorney for Addimando, who is awaiting a decision on her appeal, said the documentary's examination of how the judicial system treats survivors is a "necessary but, I believe, insufficient step" toward changing the process. Police officers, prosecutors, and judges must be educated on how to view domestic violence, he stated. “We require that type of retraining more urgently than we do a gradual process of comprehension.”

Pattillo, who gave birth to two of her three children while filming, described how some scenes felt overwhelmingly raw. “There is always survivor's guilt when dealing with trauma,” she explained, adding, referring to Addimando, "Why did I get to be OK but not Nikki?" Why is it that her children are not tucked in by her every night?”

However, she added, it was "extremely healing" to have a hand in ensuring that survivors felt seen, heard, and believed through this film.

It began on a somber note, with a vigil for Addimando. Then the Davis case occurred. On the day she was released from Bedford Hills Correctional Facility, the filmmakers were present. Davis said last week that readjusting to life outside — even during a pandemic — is still difficult. However, she desired that her story be told as a warning to other victims and as a beacon. The filmmakers intend to make the documentary available to those working in the legal system as a "tool kit" for implementing the new law.

Dadou Brown was also present; she escorted Davis's family to Bedford Hills. Dadou Brown stated that her advocacy had developed into a life mission. “I consider myself extremely fortunate to have had so many dream-come-true moments,” she explained. “Even returning from prison. My next dream come true will be reuniting with Nikki.”